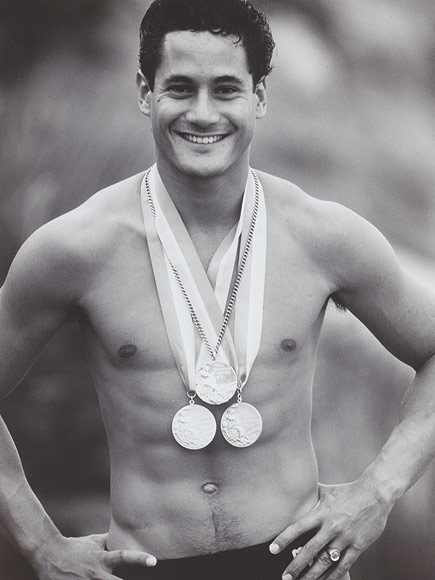 Greg Louganis win’s the Men’s 3-meter springboard. A few days later, he also winds gold for the 10-meter platform. He is the only male diver to ever sweep both of these events for the gold in the Olympics. He does it again in 1988 in Seoul. Louganis did not speak publicly about being gay and HIV positive until a 1995 interview with Oprah Winfrey.